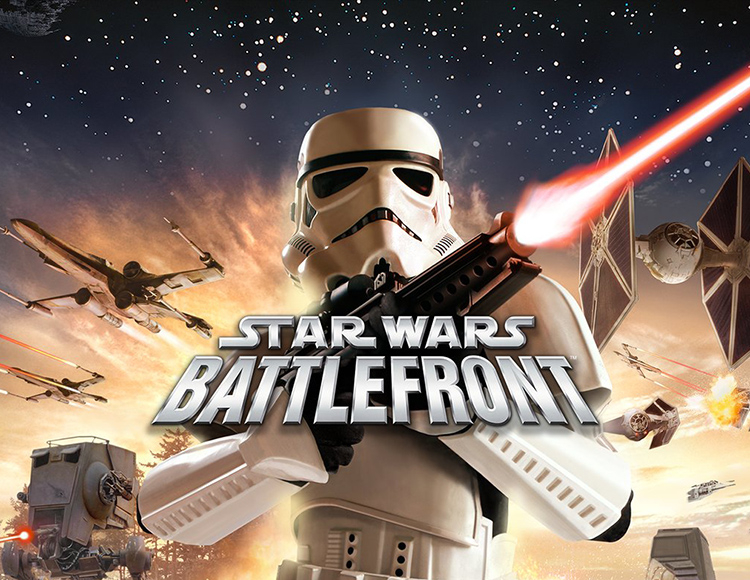 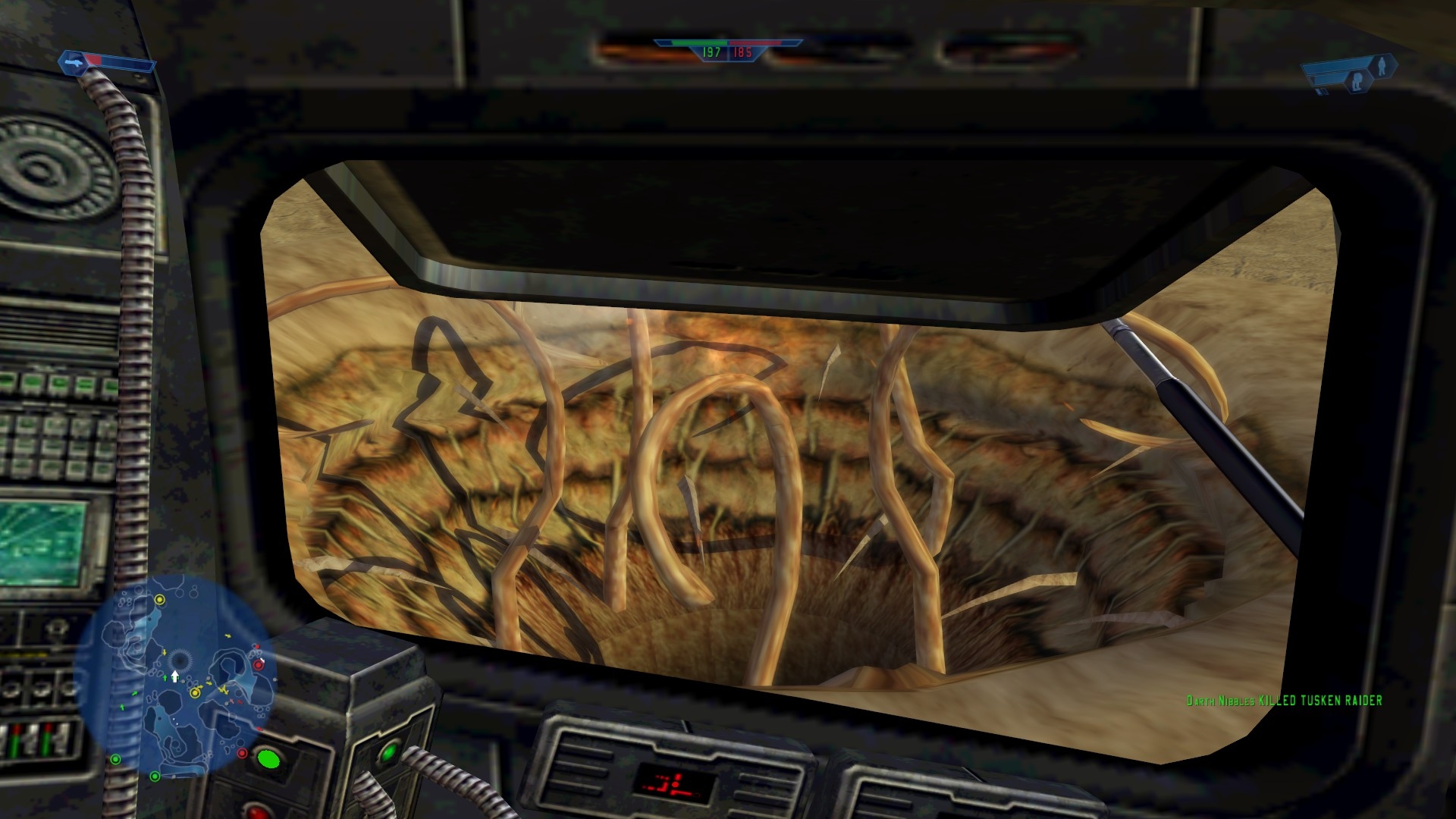 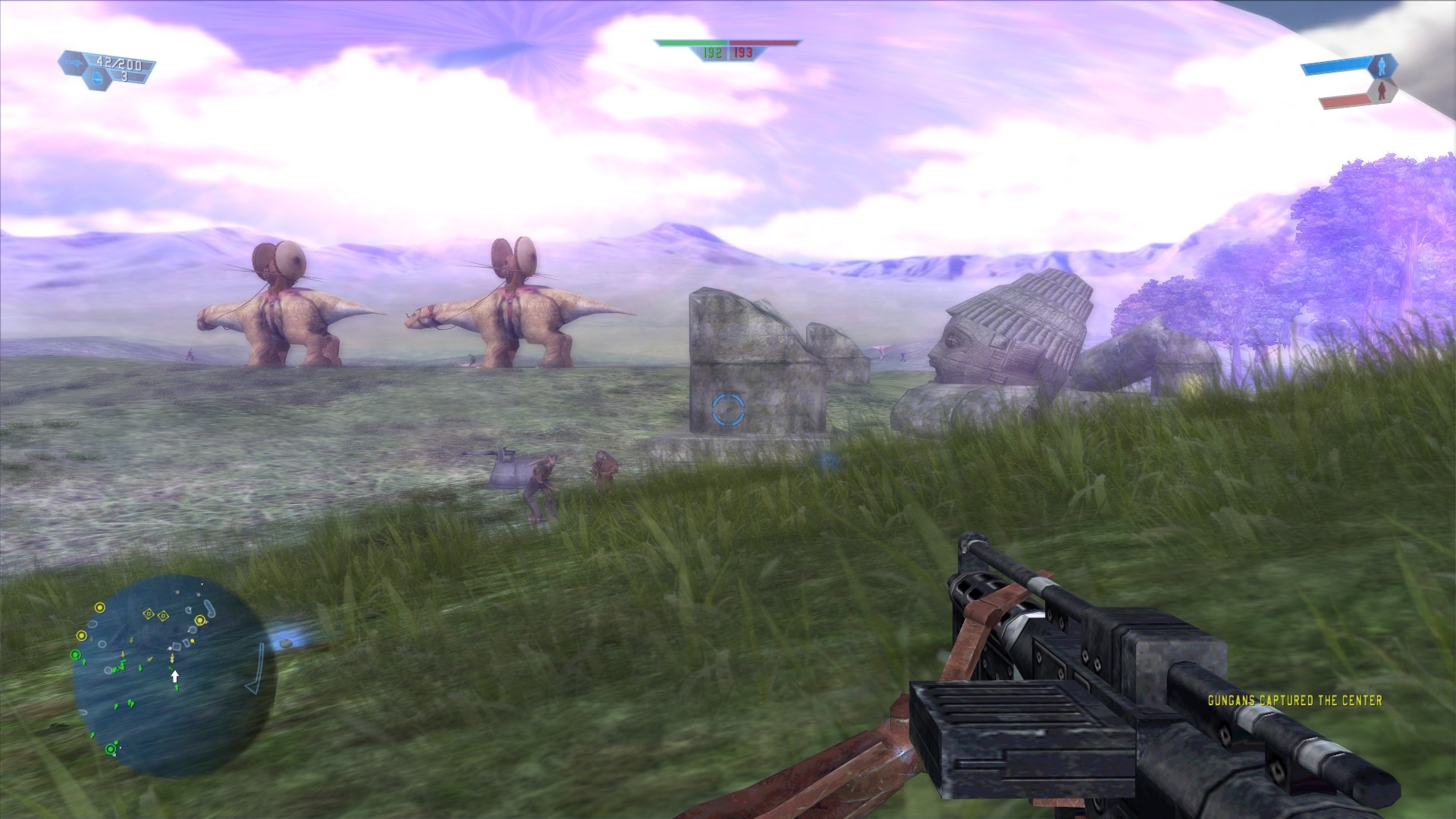 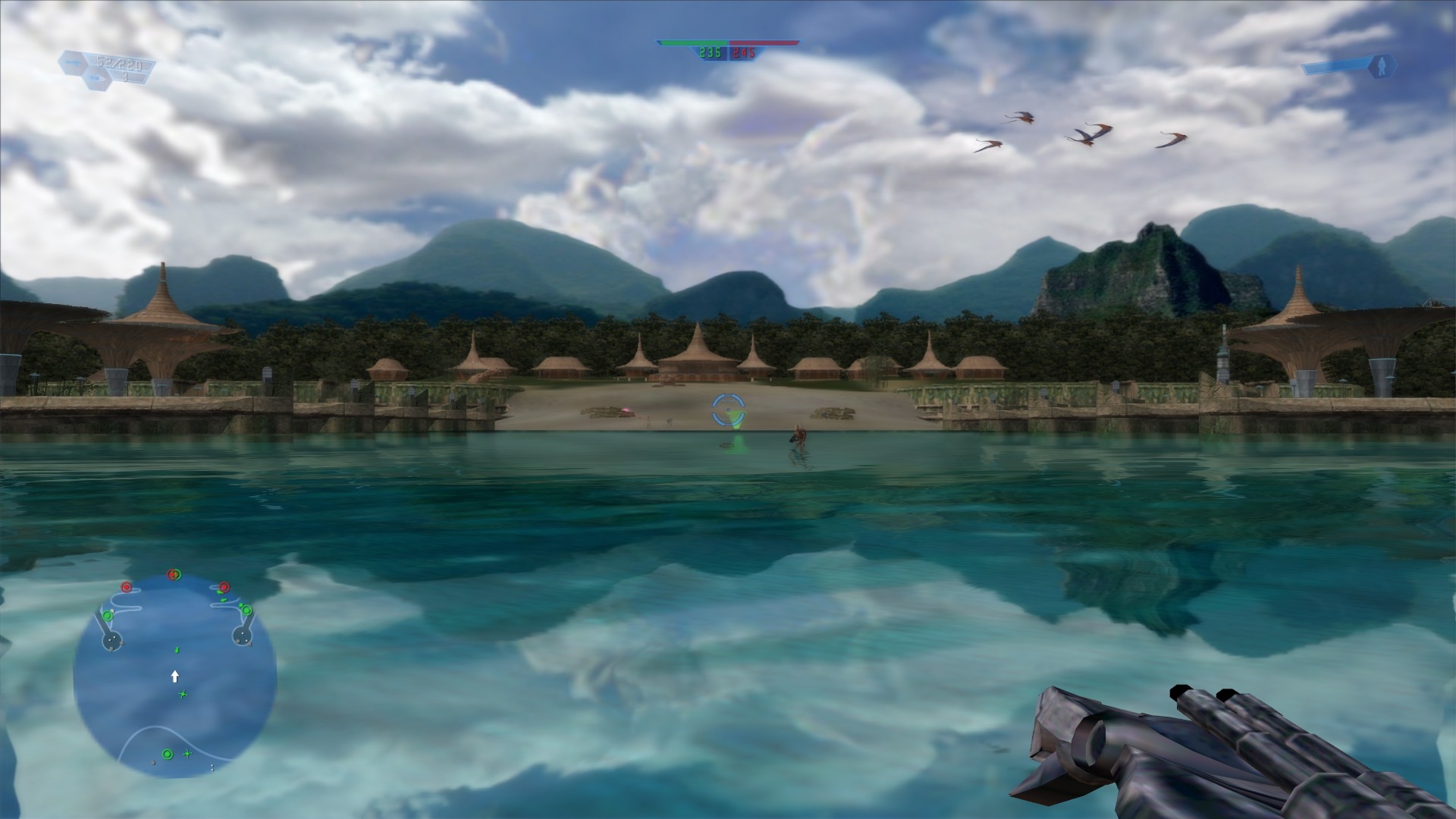 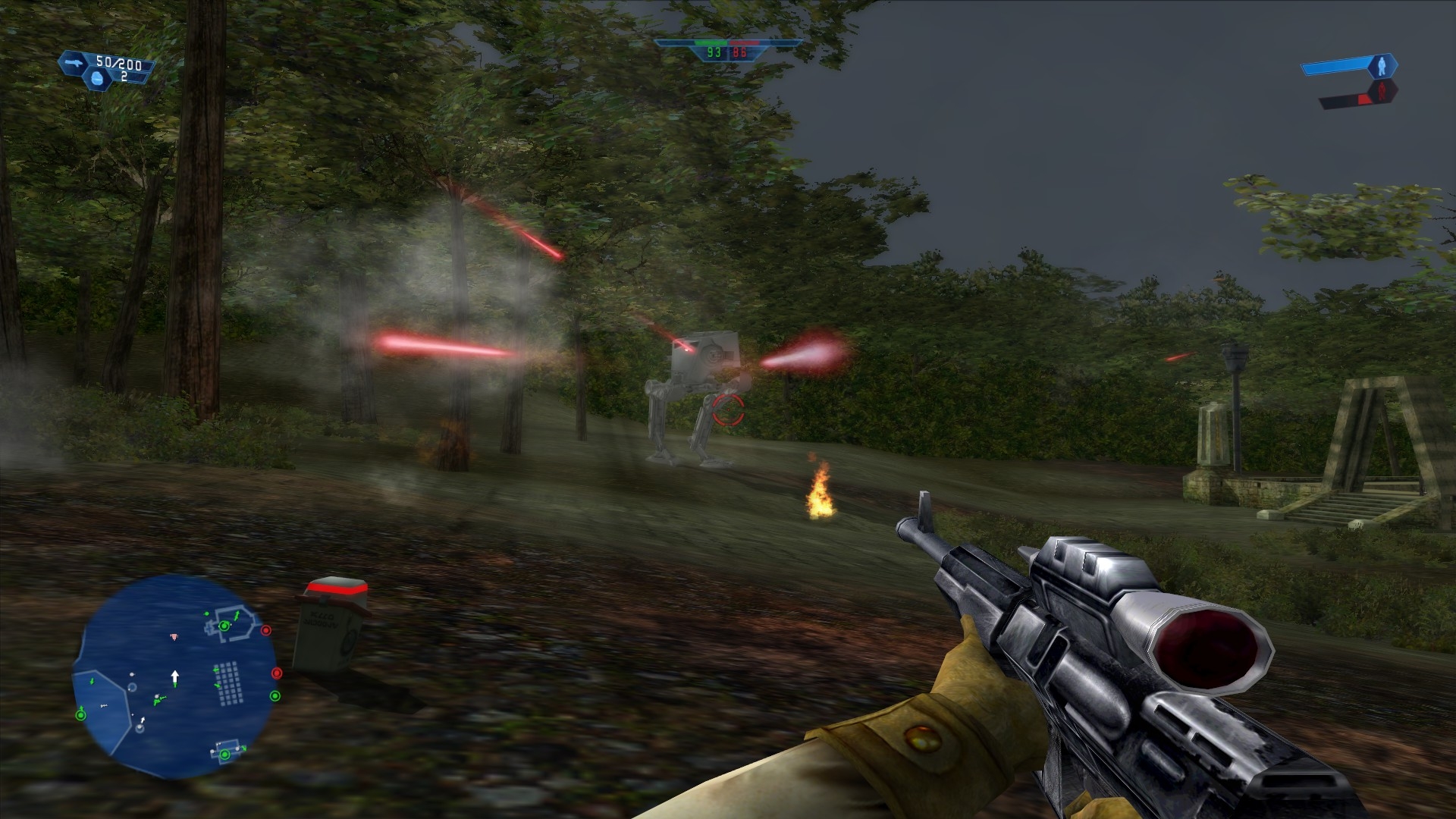 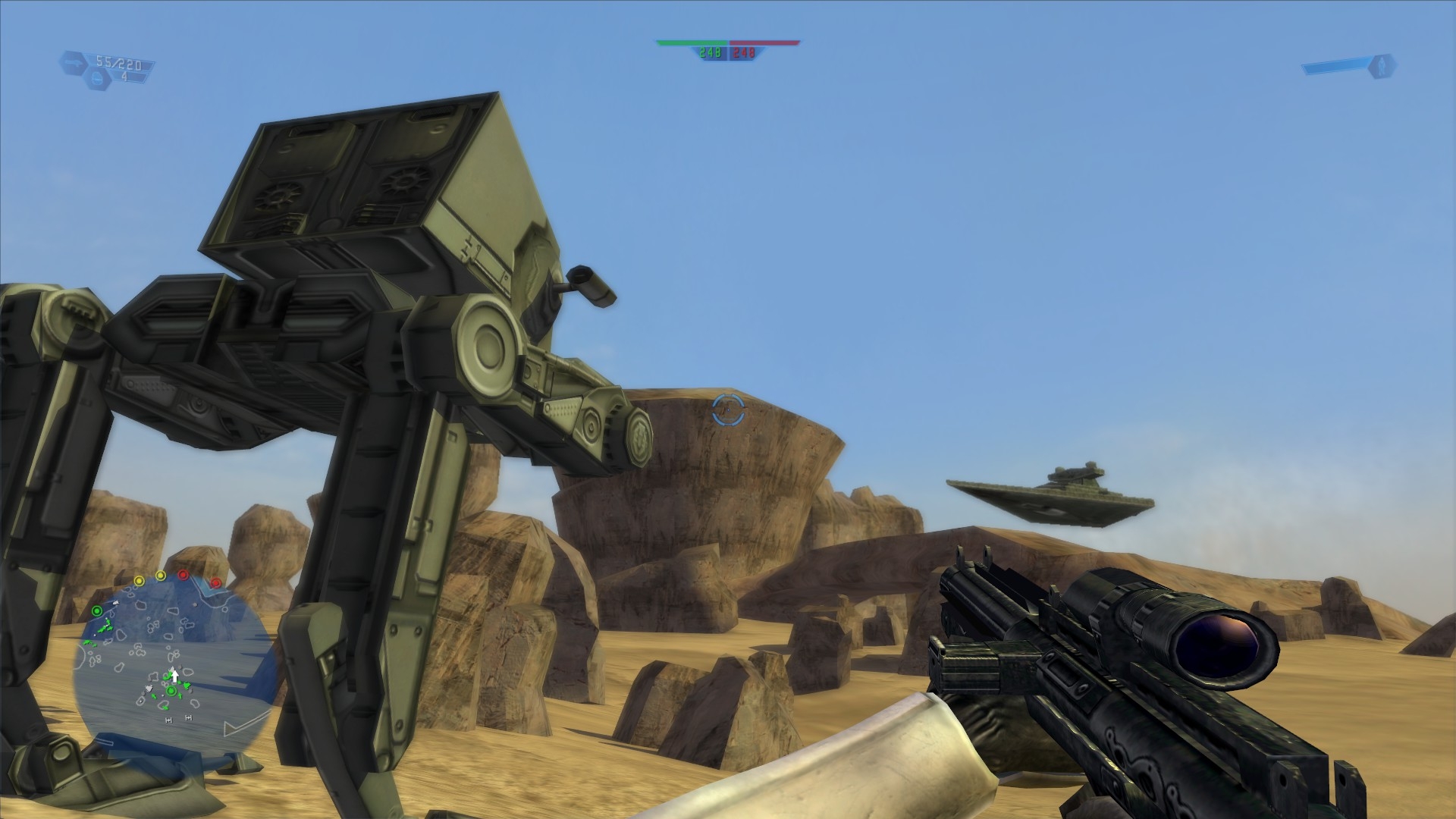 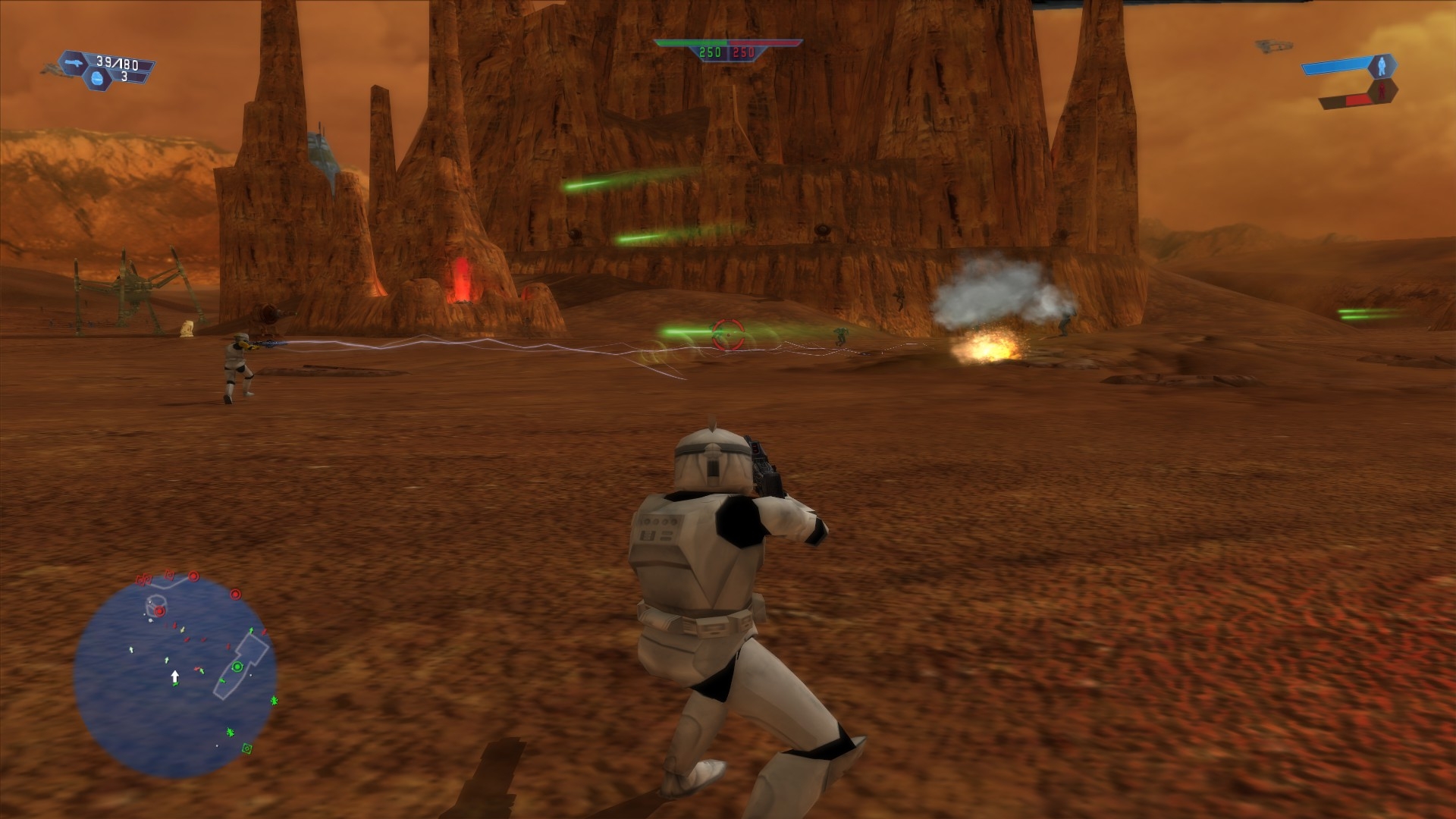 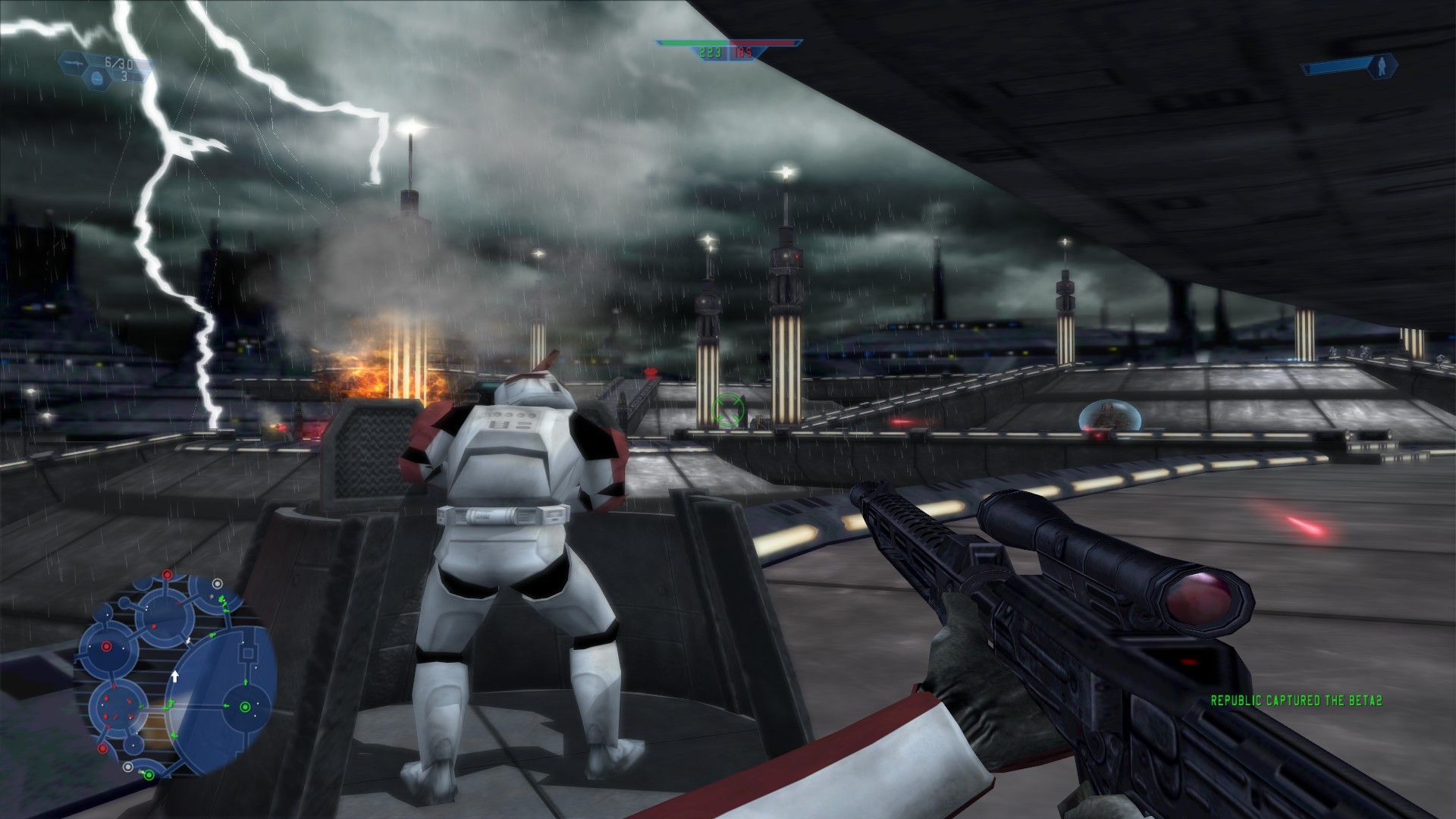 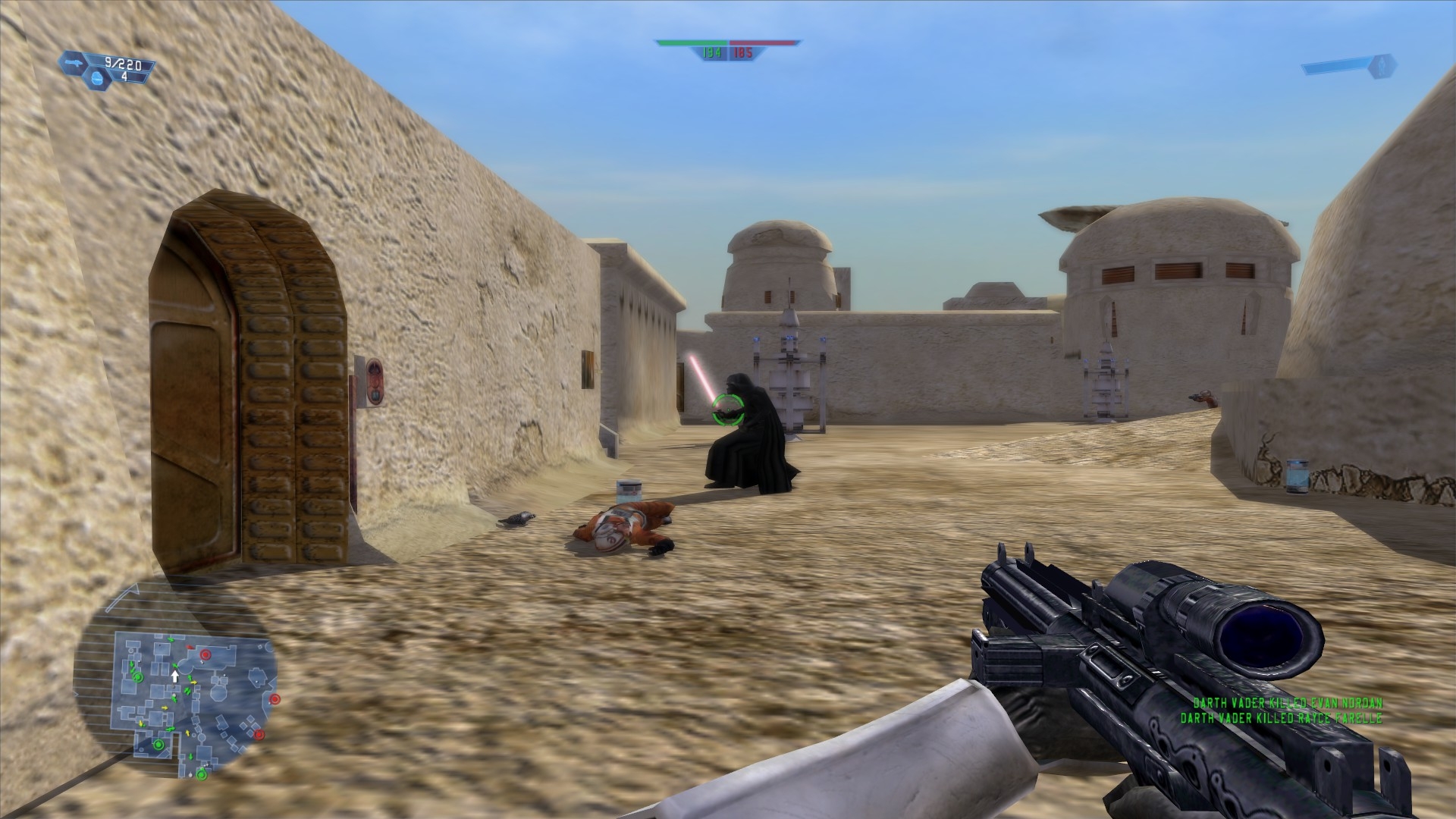 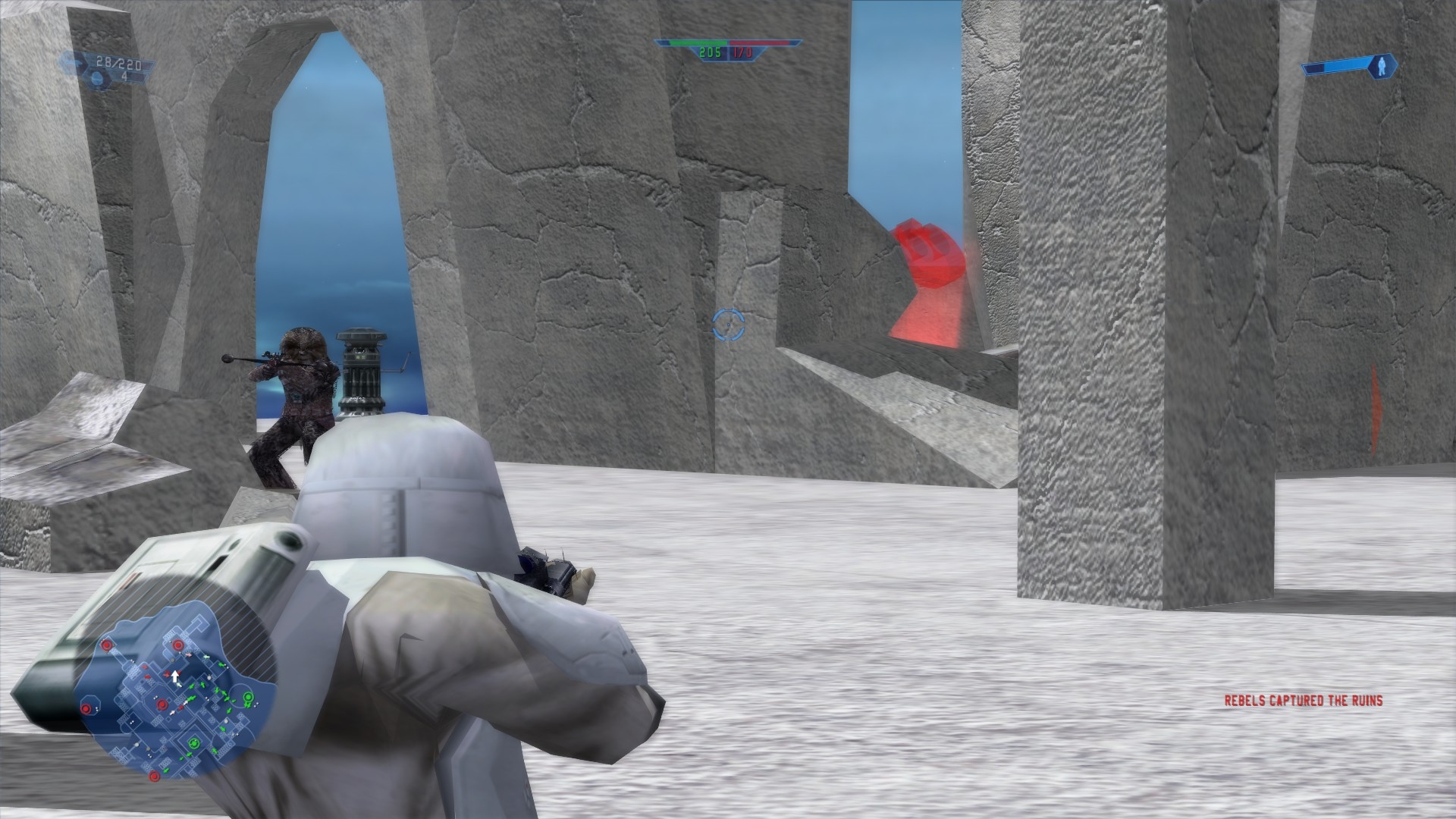 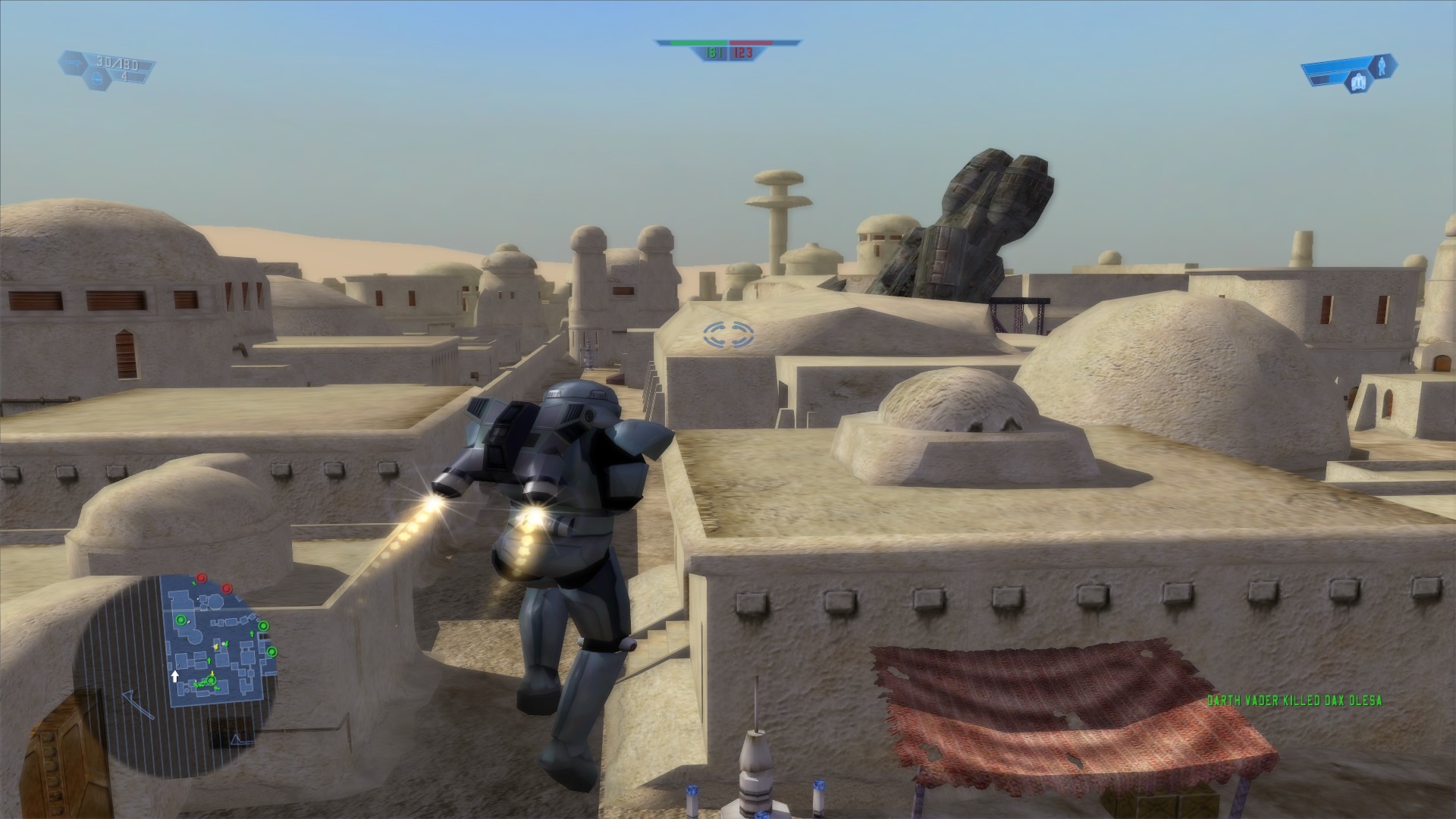 STAR WARS™ Battlefront is an action/shooter game that gives fans and gamers the opportunity to re-live and participate in all of the classic Star Wars battles like never before. Players can select one of a number of different soldier types, jump into any vehicle, man any turret on the battlefront and conquer the galaxy planet-by-planet online with their friends or offline in a variety of single player modes. Single player modes include "Instant Action", "Galactic Conquest" and the story-based "Historical Campaigns" mode that lets gamers experience all of the epic Star Wars battles from Episodes I-VI, fighting from the perspective of each of the four factions within the game.

Fight as a soldier on the front lines where every weapon and vehicle you see is yours. Take the Empire head on or crush the Rebellion - by yourself or with an army behind you.